Strategies For Winning The Bidding Include The Written Word 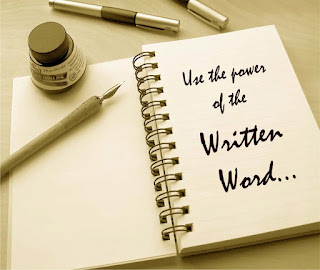 Never underestimate the power of words. Sellers evidently care about who they sell their homes using data provided by Seattle-based brokerage Redfin, one of the most effective ways to win a bidding war is to write the seller a letter.Wall Street Journal, to. According to an article in the
Other factors can up your game as well. Unsurprisingly, all-cash offers can double your chances of winning the bid. And waiving a financing contingency (agreeing to forfeit your deposit if you can’t get a mortgage) can boost a buyer’s odds by 57.9%, according to the data. Escalation clauses (including verbiage that should another offer be higher, you would automatically pay a designated figure over that amount — kind of like eBay). But escalation clauses can also be a turn-off in some markets, so they must be used wisely.
Using articulate writing skills came in a close third in the study, however, increasing a buyer’s odds by 52.2%. Numbers vary according to market demographics — the higher the price, the higher the percentages. 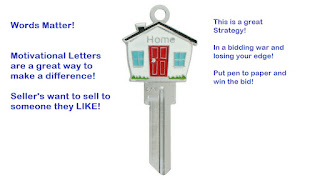 Redfin’s data are based on about 14,000 offers in 2016 and 2017 that involved competing bids. It’s logical to assume that rational sellers would choose the highest bid. But risk aversion can often trump high offers. To avoid the pain of a deal going dead, sellers often choose the sure thing, such as a quick close or all cash (especially both)—even if it means accepting less money.
But back to the letter idea. Evidently, in addition to flattering a seller’s ego—or assuring him or her the home will be cared for—a letter can also signal serious intent on the part of the buyer — something that makes the seller believe that no matter what the hurdles, the buyers will make it work. The confidence gained by putting a face and a story to the transaction is like verifying that your doctor wears a clean white lab coat and has a great bedside manner.
Some buyers tell tales of their dilemmas in these letters, such as their years-long quest for a home that is situated in the kind of neighborhood they always wanted for their children or living near family. Others praise the homeowners for keeping the vintage touches of their home intact, pledging to preserve the home’s charm if their bid is accepted.
Sometimes knowing the provenance of a home or a neighborhood can push an owner over the edge. The article tells of how the buyer found out that the seller was not only an active local volunteer but also had custom-built the home years earlier. In a letter, the buyer described his desire to part of the community as well as maintain the house, rather than tear it down. In the end, he beat out a higher offer. 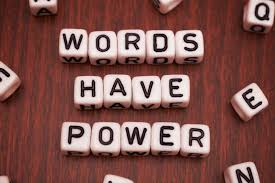 So next time you speak ill of your high school English teacher who pounded into you the importance of a 5-paragraph essay, know that those skills, including the art of story-telling, can tug at a homeowner’s heartstrings when the going gets tough.

Thank you for visiting my blog, please leave me a comment, they are always encouraged and welcome.