Fun Real Estate Facts That Will Make You Smile 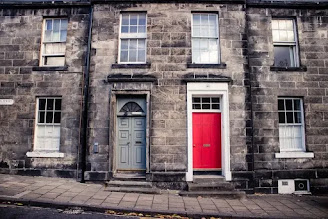 Sometimes it’s not the big real estate news about trends and statistics that send us falling onto our backsides — it’s the lesser-known facts that make us smile, make us think and realize the world is a crazy-messy place.

Inman News featured some amazingly entertaining real estate facts we’d like to share, and there is no time like the present — when we are reeling over stock market volatility and wondering what comes next — to get a bit of comic, head-scratching relief.

You want fries with that? Did you know that the McDonald corporation possesses one of the world’s most comprehensive (international) real estate portfolios? Franchisees do all the burger-flipping work while the Big D enjoys the land-holding and franchise fee revenues without worrying about the calories.

Some people are billionaires, but you wouldn’t know it by the way they live. Mogul Warren Buffet lives in the same house he bought in 1958 for a cool $31,500. Think his mortgage is paid off by now? A number of high profile celebrities have some frugal leftover tendencies as well, including Jay Leno, who made the choice to never spend his $15 million a year TV show salary, Leonardo DiCaprio, who drives a Toyota Prius, and Paul McCartney, who had his daughter pay her own way through college and asks party guests to pay for their own drinks.

You don’t have to sound brassy if you have a brass doorknob. You just don’t tend to pass on the flu as easily. According to a number of sources, brass doorknobs disinfect themselves, being the most antimicrobial metal of all. So next time you turn the knob or push down on a brass lever, you’ll have fewer worries that you may start sneezing because of it.

It’s a red letter day when you pay off your mortgage. The Scots not only think so — and they make sure you know about it. In Scotland when someone writes that last monthly mortgage check they run out and buy a bucket of and paint their front doors red. This mortgage-free announcement is thrilling to homeowners who definitely think it’s worth proclaiming.

Think a tiny paperclip is no big deal? Think again. Beginning in 2005, Canadian Kyle McDonald traded a paperclip for a pen, then for a doorknob, then a camp stove, a generator and on and on. He traded rent, favors, and even a movie role until he ultimately got a 2-story farmhouse for all his swapping efforts. Don’t let anyone tell you it’s not the little things that count.

Sometimes Public Enemy #1 is a nice guy. Some say this may be an urban myth, but the story continues to be told. Charles (Pretty Boy) Floyd, a Depression-era gangster not only robbed banks. He also served as a kind of modern-day Robin Hood, destroying mortgage documents in the process and freeing a number of citizens of their financial obligations. Sometimes the little guy comes out on top.

Capitalism produces winners and losers, but who’d a thunk the game Monopoly was designed by 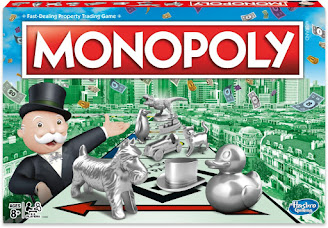 a woman to teach us a lesson? Still a bestselling board game, the concept taught us to buy up property, stack it with hotels, and charge fellow players sky-high rents for the privilege of accidentally landing there. But the little-known inventor, Elizabeth Magie had no idea that it would encourage its players to celebrate values opposed to those she intended to champion. A devout and vocal socialist, Magie proclaimed ‘the equal right of all men to use the land is as clear as their equal right to breathe the air – it is a right proclaimed by the fact of their existence.’ Seems Americans never grasped that idea.

Although India is a land of haves-and-have nots, one of the haves built a billion-dollar home. It boasts 27 floors (six of them for parking), 3 helipads, is staffed with 600 people, offers a 4-story hanging garden and is complete with a movie theater. We’re not sure how many bathrooms one needs for a life well-lived, however.

Sources include Wikipedia and many others.

Posted by Roxy's Real Estate News at 8:16 AM No comments: